Let´s imagine: The impact wrench is all the citizens in the country. The president is the socket.

Russia. The great autocracy in the east. A country with looong traditions of choosing strong leaders. I mean, really strong. Gorbatsjov is the kitten among them, but probably the one who gave Russia the best impact on the rest of the world, with perestroijka and glasnost. But that´s a different story.

The people – if you in any way can identify the citizens of such a vast, diverse and nuanced country as one people – are happy to subordinate a strong and unmistakeable leader. One who knows how to call the shots, where the submarines are going to sail and who happily grabs his gun and the opportunity to get some shooting practice when a remote mate down south east asks for help to break a cumbersome opposition.

Those who don´t subordinate are persuaded to do so.

Putin got to his power through the KGB. Eventually, he became president. The constitution stated he could be president for so many years only. When those years were counted, he swapped seats with the prime minister for a term, and effectively managed the country from that chair instead. Then he became president again.

Russia is the impact wrench with pin/ball detent. Best for using with one and the same socket for every task. It gets stuck. Really stuck. Moves most reluctantly. If someone should get an urge to swap sockets, it may not be very easy.

Sure, you can get it off somehow. After all, it´s just a socket on a steel square. But it grabs a strong hold of that square, with help from strong forces on the inside.

Impact wrenches with ball detents or pin detents are best for those sticking with one socket, using that one for all tasks.

The impact wrench with the friction ring, however. That´s USA for ya´. Healthy democracy, designed to change sockets regularly. At this point, my parallell fails somewhat: Most users of impact wrenches change sockets substantially more frequently than every four or eight years.

The forces on the inside, keeping the president – the socket – in place aren´t as strong as those in the pin detent kind. A rubber ring keeps it from falling off unintended. But when you need to change, it´s easy to get rid of the one already in place.

Hey, Donald. Are you aware of that difference?

The situation these days is quite surreal. It´s as if an engineer is preparing to mount a big valve in a piping systems. Steel pipes and steel valve. He´s (ok sorry, it could naturally be a female engineer) put a new power socket on the wrench, put the bolt head first into the socket, pushed it through the hole to meet with the nut and pushed the trigger.

Then the whole thing explodes in his hands. It runs completely amok, and drives the bolt to the bottom. All by itself.

Then it goes on by itself. The next bolt and nut comes flying, bolt through the hole, meets nut.

Next bolt comes flying. It all runs by itself, just like in the Harry Potter stories.

There´s nothing the engineer can do to stop the madness. He (or she) watches the whole thing in awe.

«Trying to stop me? You´re fired!»

Before he (or she) knows it, the valve is mounted and closed. The crazy machine even unbolted the handle and threw it away. There is NOTHING coming through this valve, no siree!

The Donald seems to think he´s a power socket firmly set on a pin detent wrench, just like his pal in Russia. In reality, he´s sitting on a friction ring wrench. For now, the hog ring / rubber ring is new and fresh, holding firmly. But with just a little wear and tear, it will loosen up. Then he won´t get as much help from within to remain sitting on the square.

We´ll just see how long the wrench will keep up with the crazy socket, before it spits it out.

If you by any chance was just wondering what the difference between pin detent and friction ring impact wrench is, and didn´t get any reason out of the political gibberish above: 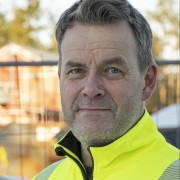 This website uses cookies to improve your experience while you navigate through the website. Out of these, the cookies that are categorized as necessary are stored on your browser as they are essential for the working of basic functionalities of the website. We also use third-party cookies that help us analyze and understand how you use this website. These cookies will be stored in your browser only with your consent. You also have the option to opt-out of these cookies. But opting out of some of these cookies may affect your browsing experience.
Necessary Always Enabled
Necessary cookies are absolutely essential for the website to function properly. These cookies ensure basic functionalities and security features of the website, anonymously.
Functional
Functional cookies help to perform certain functionalities like sharing the content of the website on social media platforms, collect feedbacks, and other third-party features.
Performance
Performance cookies are used to understand and analyze the key performance indexes of the website which helps in delivering a better user experience for the visitors.
Analytics
Analytical cookies are used to understand how visitors interact with the website. These cookies help provide information on metrics the number of visitors, bounce rate, traffic source, etc.
Advertisement
Advertisement cookies are used to provide visitors with relevant ads and marketing campaigns. These cookies track visitors across websites and collect information to provide customized ads.
Others
Other uncategorized cookies are those that are being analyzed and have not been classified into a category as yet.
SAVE & ACCEPT
Close
Close
Log In